Introduction: Pre-operative fasting period is poorly monitored in developing countries though it may lead to critical consequences especially in the parturient women and their neonates.

Objective: In this prospective randomized study, conducted over a period of six months, influences of pre-operative fasting time on maternal and neonatal blood glucose level in elective caesarean section under sub-arachnoid block was observed. 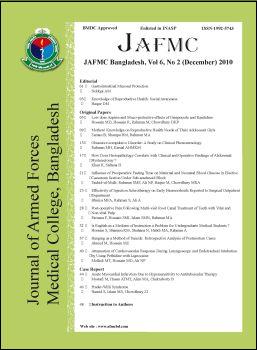